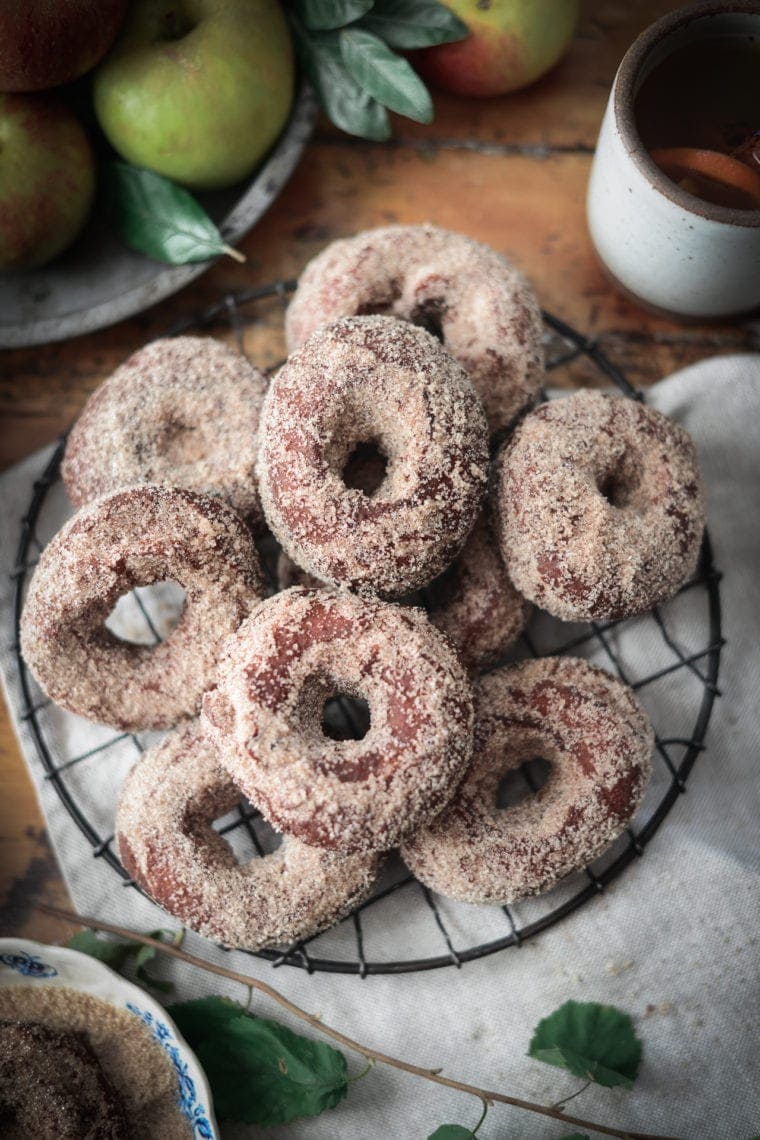 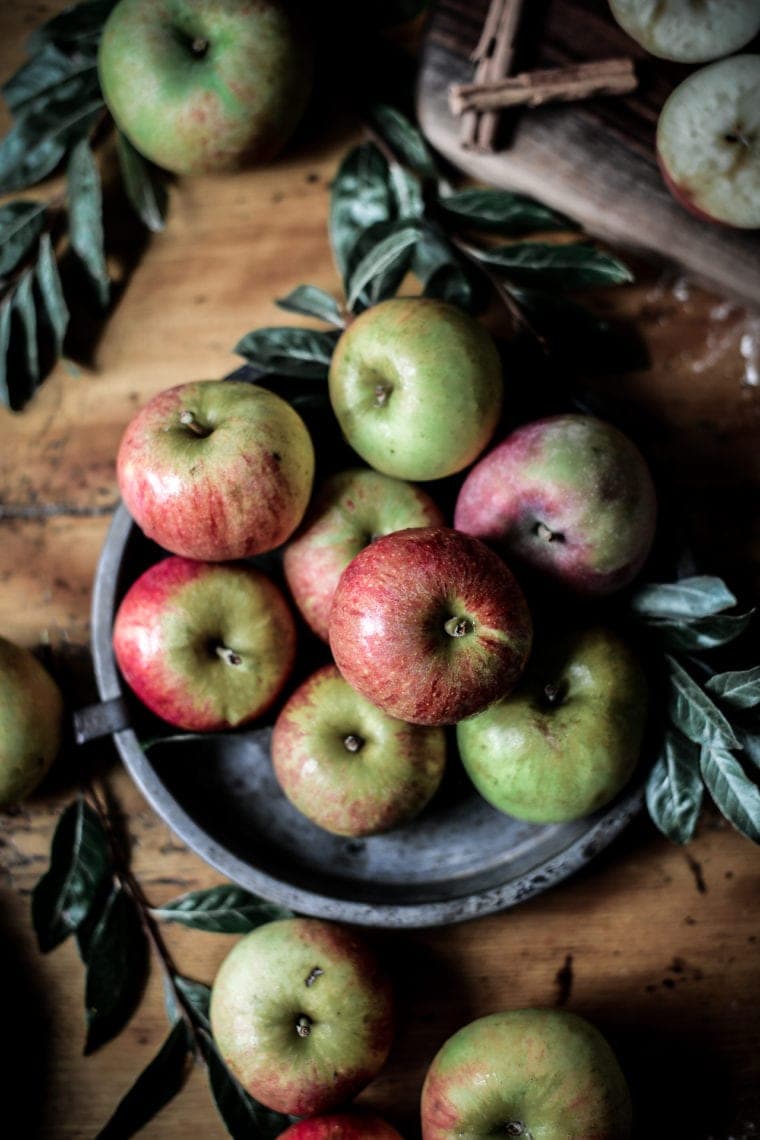 I’ve been wanting to make a vegan version for so long and finally convinced myself to do it this year. I think the frying part held me back from making them sooner, but ever since I made those old-fashioned sourdough yeast doughnuts last spring (remember those?) I’m all about that fried donut lyfe. #WorthIt

These vegan apple cider doughnuts are cake-style doughnuts, which may not be as light and airy as yeast-risen doughnuts, but they have a tender cake crumb and are not overly sweet, which I love. Best eaten while still warm, they are completely dunkable and delicious with a mug of warm mulled apple cider or coffee. Make the dough the night before and refrigerate overnight to fry up the best fall-inspired breakfast treat the following morning. 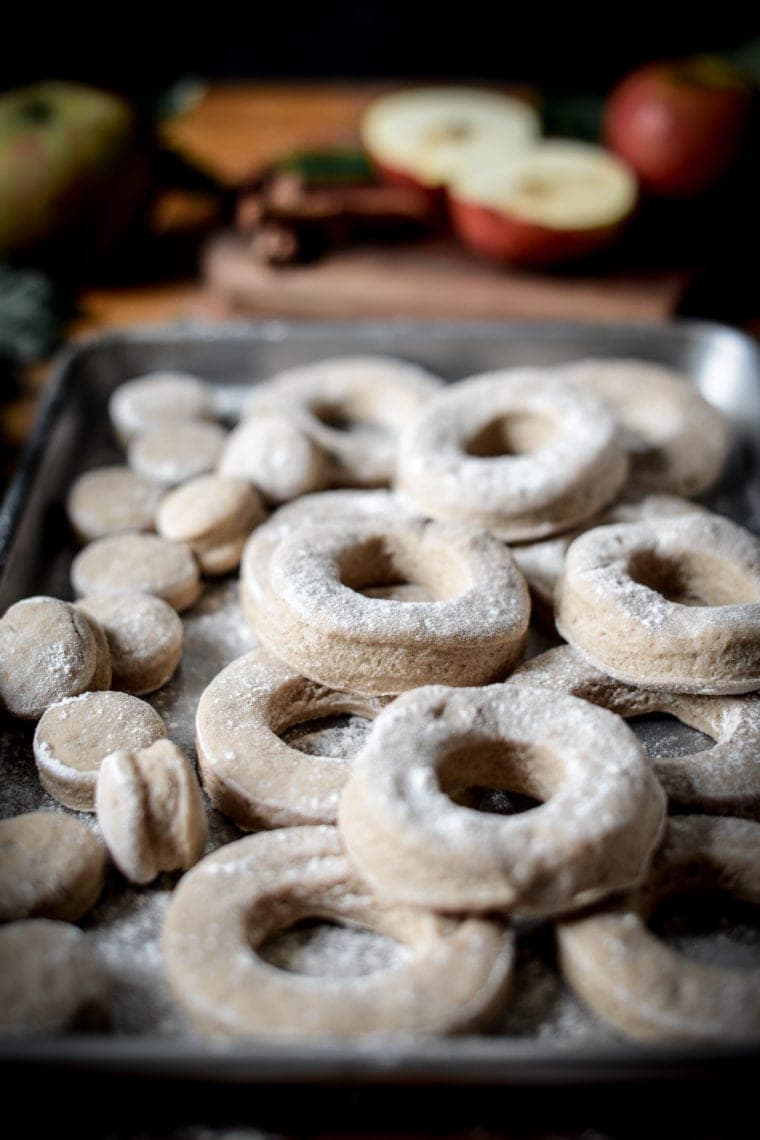 If you’re intimidated by deep-frying, don’t worry, it is not as hard (or scary) as it seems. You will need a thermometer to be able to maintain the correct frying temperature of 350˚F. I suggest using an instant-read thermometer to check the oil temperature before, during, and between frying batches. I use this affordable plain cast iron dutch oven to fry in, the same dutch oven I bake my sourdough boules in. The final piece of equipment I suggest you use for deep-frying is a simple bamboo/brass spider strainer to help slide in and lift out foods from the hot oil. I use this strainer so much; it’s also great for scooping cooked pasta out of boiling water. 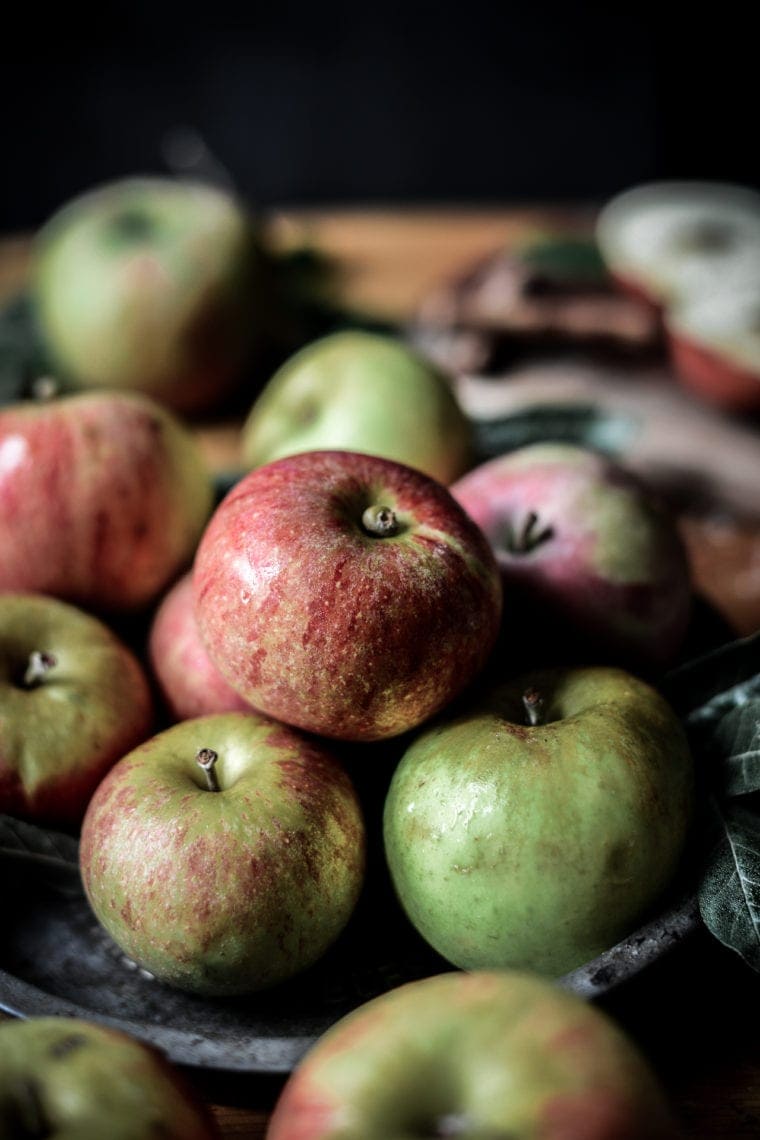 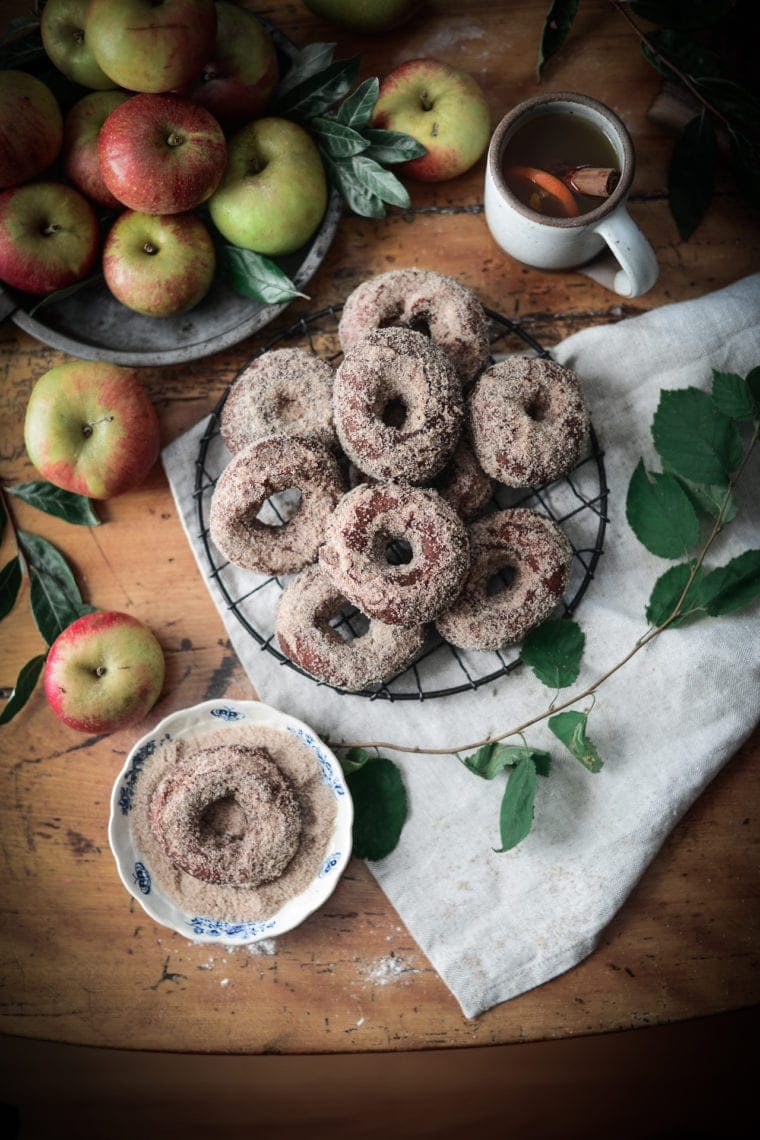 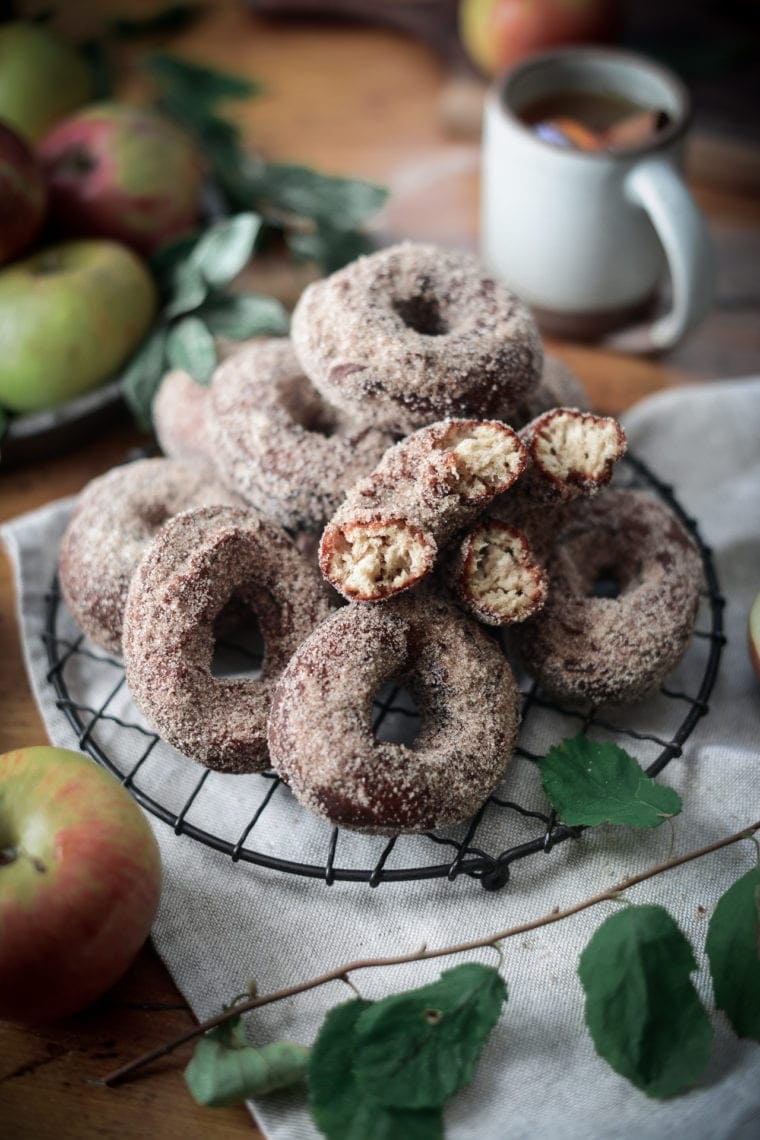 All about that flavor

Reducing apple cider and fresh apples into a thick delicious sauce adds so much flavor to these doughnuts. You can taste the crisp fall apples and spices in every bite. I will definitely be making these vegan apple cider doughnuts again before apple season is over! I hope you get a chance to try this recipe too and if you do please let me know how it turns out in the comments below or tag me on Instagram. 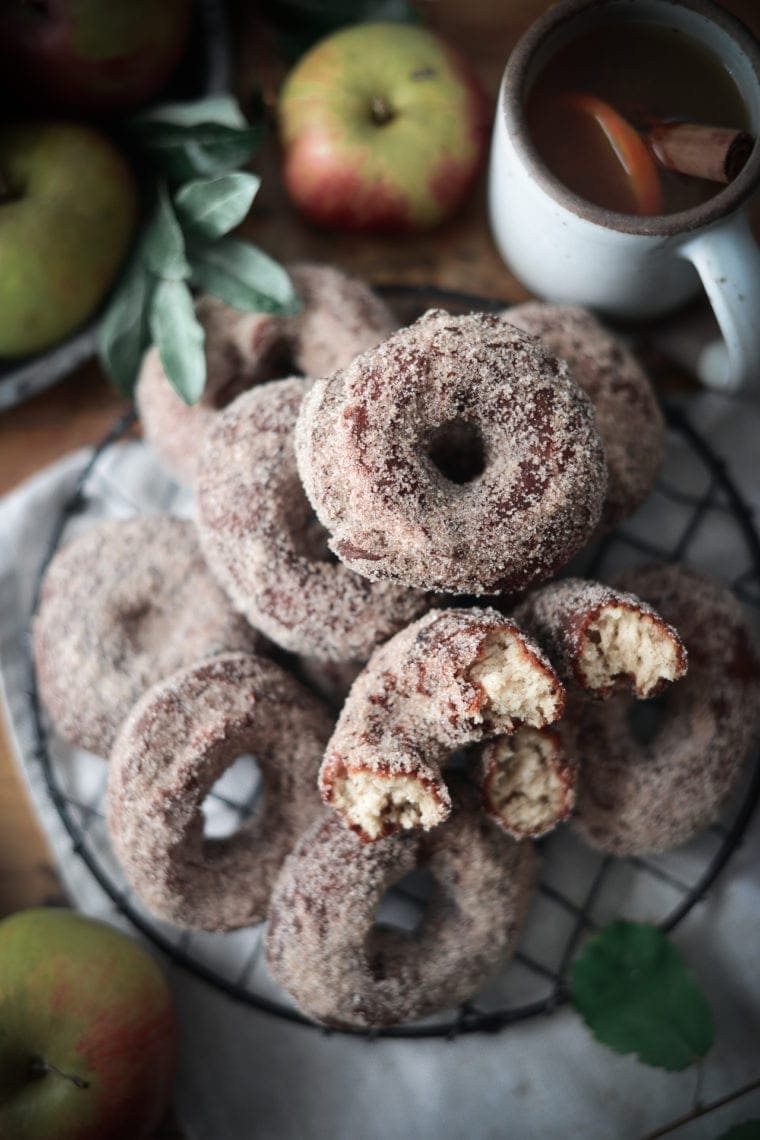 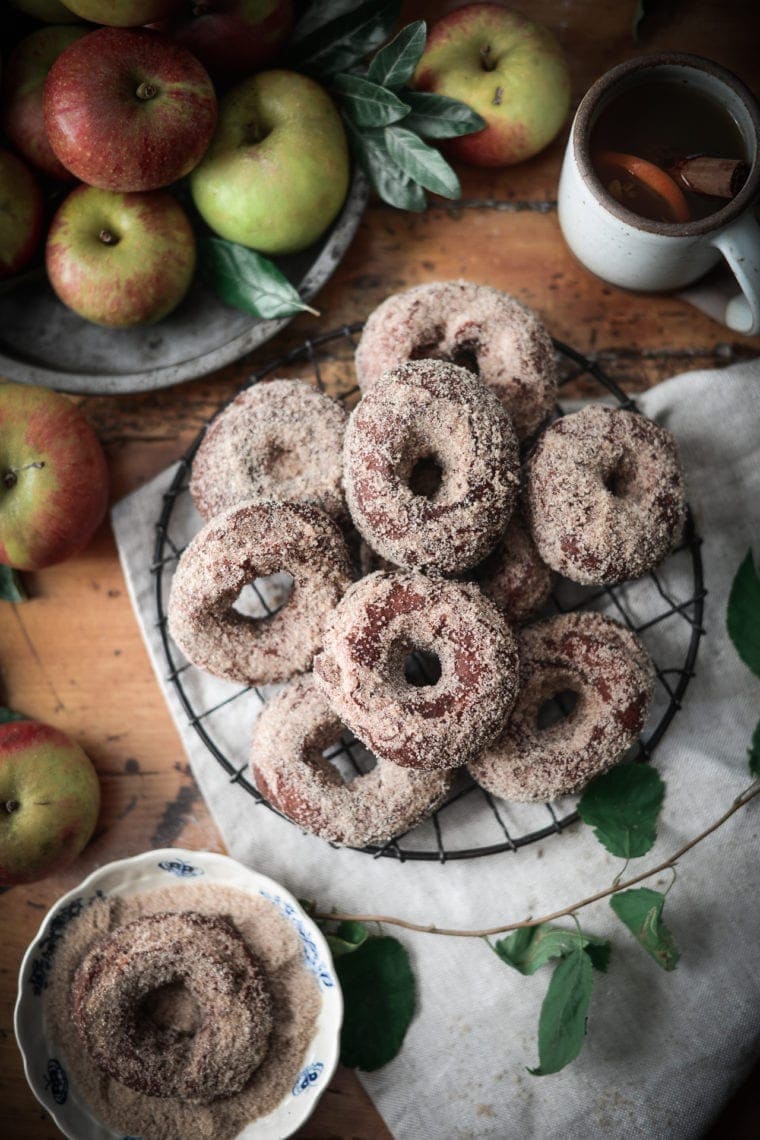 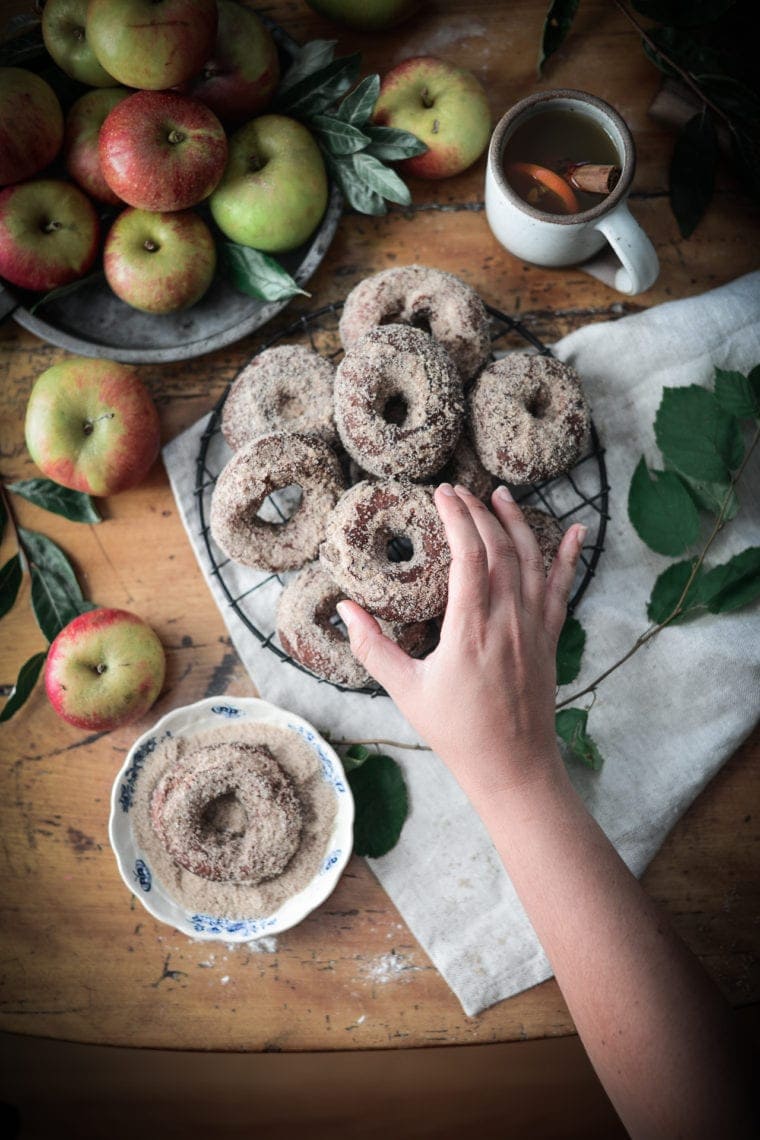 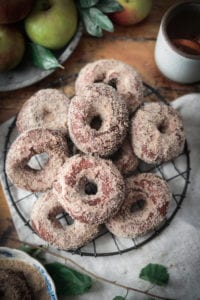 These old-fashioned apple cider doughnuts are just like those from apple orchard farm stands only vegan!!!

Did you make a recipe?

This post contains amazon-affiliate links to equipment and ingredients I use and suggest for this recipe. Read more about my affiliate policy here.

Welcome to Fare Isle! I’m Kaity, a photographer, recipe developer, food stylist, and private chef living simply with my family on the island of Nantucket, 26 miles off the coast of Cape Cod in Massachusetts. … END_OF_DOCUMENT_TOKEN_TO_BE_REPLACED

Still one of the most popular recipes on my blog -

Nothing better than homemade bread. ✨ Do you bak

Do you serve apps on Thanksgiving? 🌿These pear,