Brown bread is a classic Irish bread similar to Irish soda bread in that it's a quick bread leavened with baking soda, but made with whole grains including whole wheat flour and oats, hence the name. It's not sweetened aside from a bit of molasses which also adds color and a malted bitter flavor.

One variation of Irish brown bread is to use Guinness for a portion of the liquid ingredients. The full-bodied stout adds a delicious flavor that pairs well with the whole grains. It's hearty and goes well with stews and soups, but it is equally scrumptious on its own with butter and honey for breakfast or served with tea.

Guinness: The star ingredient of this Irish brown bread is Ireland's famous Guinness stout. Guinness adds a rich malted flavor with notes of cocoa, coffee and roasted barley. Use Guinness Extra Stout or Guinness Draught in this recipe. Other stouts such as oatmeal stout may be used instead as well.

Stone Ground Whole Wheat Flour: Traditional Irish brown bread is made with coarse wholemeal soft wheat flour, which is milled from Irish-grown soft wheat. In the States, stone ground whole wheat flour is the closest thing that is commercially available. Of course, you can mill your own coarse whole wheat flour from soft wheat berries if you have a grain mill at home. King Arthur Flour makes an Irish-Style Flour for soda bread as well.

Irish Porridge Oats: In Ireland, porridge oats are typically added to brown bread recipes. They are similar to what we call old-fashioned rolled oats in the States. Quick-cooking oats, which are rolled oats that have been broken down a bit to cook faster, can also be used in this recipe.

Buttermilk: Buttermilk is the liquid left during the process of making butter. It is usually cultured or soured which gives it a lower pH. It is preferred because its acidity will react with the baking soda with is alkaline (has a high pH) and will create air bubbles that leaven the bread. An easy replacement for buttermilk is any type of milk (dairy or pant milk) mixed with a bit of vinegar or lemon juice. I like to use apple cider vinegar for this.

Oil or Butter: Melted butter or any neutral cooking oil can be used here. I prefer to use extra-light olive oil for baking and it works well in this recipe. The added fat enriches the bread and helps keep it moist with a soft texture. Melted butter will add a buttery flavor that goes well with the whole grains and creamy Guinness.

Molasses or Treacle: Molasses is the byproduct of cane sugar production. The dark syrup is sweet with a malted flavor and a hint of bitterness. It is hygroscopic meaning it has the ability to absorb moisture from the air and in turn, helps to keep the bread soft and moist. Treacle is the less bitter and sweeter European counterpart to molasses.

Baking Soda or Bicarb Soda: Baking soda is the term used in the U.S. for sodium bicarbonate, a leavening agent used to give quick breads like soda bread their rise. It is commonly referred to as bicarb soda in Ireland and the U.K. It is alkaline and needs to be combined with an acidic ingredient like buttermilk to react and leaven bread.

Salt: Salt brings out the flavors in this bread. I use Diamond Crystal kosher salt in all my cooking and baking recipes.

How to Make Irish Brown Bread

Start by preheating the oven then grease and line a pullman loaf pan or a standard 1 pound loaf pan with parchment paper cut to fit the pan. Gather all of the ingredients to make the Guinness brown bread.

Mix the dry ingredients together in a mixing bowl then make a well in the center. Add the liquid ingredients to the well and quickly combine everything. Be careful not to overmix the batter. The baking soda will react right away to work quickly to get the bread batter into the oven.

Spread the batter into the prepared pan and sprinkle rolled oats over the top of the batter. Bake the brown bread for 45 minutes. It is ready when it is slightly domed with some cracks on top, dark brown and a skewer inserted into the center comes out clean.

Let the bread cool for a few minutes in the pan then lift it out of the pan using the parchment paper as an aid. Let the bread cool completely on a cooling rack before slicing into it. Serve this traditional Irish brown bread with savory stews and soups or slather it in Irish butter and honey or jam for breakfast or with tea.

Baking soda tends to clump up easily so it is always a good idea to sift it into the dry ingredients when working with it to remove any lumps. Lumps of baking soda can leave a metallic taste in the bread when baked.

After the liquid ingredients are combined with the dry ingredients, the baking soda will start to react immediately so it is important to work quickly and mix the batter just until it is combined, which should only take less than 30 seconds. Get the bread into the pan and into the oven asap.

Can I make brown bread without Guinness?

Yes, replace Guinness with any other dark stout beer such as oatmeal stout. If you'd like to leave it out completely just replace it with more buttermilk.

Can I make it gluten-free?

I have not tried making a gluten-free version of this recipe yet but it should be possible. Try swapping the whole wheat flour with an equal amount of 1-1 gluten-free flour like Bob's Red Mill Gluten Free 1-to-1 Baking Flour and use gluten-free rolled oats.

Can I freeze this bread?

Yes, slice the brown bread and store it in the freezer in freezer-safe bags for up to 6 months. Warm the slices in the toaster as needed.

For more delicious foods to make for St. Patrick's Day check out these recipes:

If you made my Guinness Brown Bread recipe I would love to hear your feedback! Please leave a star-rating review of the recipe and let me know what you think in a comment below. This small act is a great way to show your support for the food blogs you read and love.

Please tag me in your photos on Instagram so I can see your creations. I might miss it if you only tag me the caption because those notifications fall off quickly, but I can always find it if I’m tagged in the photo itself.

A traditional Irish Guinness brown bread recipe made with hearty whole grains and delicious Guinness stout. This quick and easy brown bread is ready in under 1 hour! Serve it with savory dishes or at breakfast with butter and honey or jam. 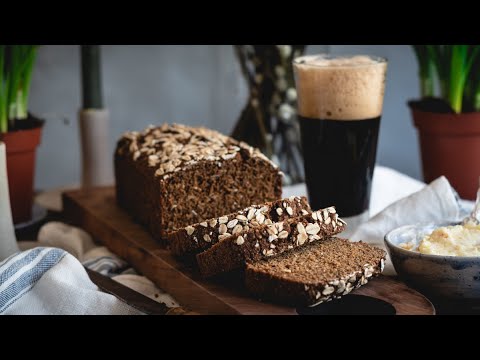 Store the brown bread in a bag a sealed bag at room temperature for up to 3 days or slice it and freeze the slices in a freezer-safe bag for up to 6 months.

Buttermilk can be replaced with any milk of your choice mixed with 2 teaspoons of apple cider vinegar.

For a vegan version use oil instead of butter and plant milk mixed with vinegar for the buttermilk. 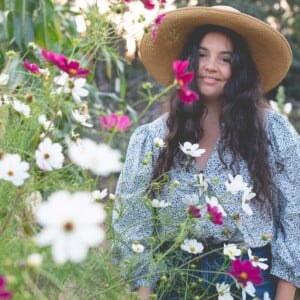 Welcome to Fare Isle! I'm Kaity, a photographer, recipe developer, food stylist, and private chef living simply with my family on the island of Nantucket, ... END_OF_DOCUMENT_TOKEN_TO_BE_REPLACED