published: December 23, 2022 / by Kaity Farrell
Authentic chicken paprikash is irresistibly delicious. This traditional Hungarian dish is made with browned chicken that is braised in a velvety rich and creamy paprika sauce and served with Hungarian dumplings called nokedli, but wide egg noddles can be used as an easy swap. The secret to making a flavorful sauce is to use authentic Hungarian sweet paprika which has the best flavor.
Jump to RecipePrint RecipeJump to Video

Authentic chicken paprikash is irresistibly delicious. This traditional Hungarian dish also known as paprikás csirke is made with browned chicken that is braised in a velvety rich and creamy paprika sauce. It is a staple of Hungarian cuisine and is traditionally served with Hungarian dumplings called nokedli, but wide egg noddles can be used as an easy swap. The secret to making a flavorful sauce is to use authentic Hungarian sweet paprika which has the best flavor. This is one of my favorite meals of all time and is the epitome of comfort food – truly a must-try recipe that’s ready in about 30 minutes!

My love affair with chicken paprikash started when I was a kid and my mom would make her version of this dish often. She would serve it with rice instead of dumplings or Hungarian egg noodles. I have to say I prefer it with rice because the combination of the creamy sauce with rice is just perfection in my opinion. If you’re gluten-free then rice is a great alternative to nokedli or egg noodles.

As with many traditional foods, there’s no one right way to make this Hungarian recipe and many families will have their own versions passed down through generations. It’s a rustic dish with a simple preparation that comes together in about 30 minutes with a few easy steps. Paprikas csirke is made with pan seared bone-in chicken pieces tat are then braised in a simple sauce made with chicken stock, onions, garlic, tomato paste or tomatoes, and lots of good quality sweet Hungarian paprika. The one thing you mustn’t skimp on is using good Hungarian paprika.

Chicken: This is a rustic hearty dish so use skin-on bone-in chicken pieces for the best flavor and most tender juicy chicken. I often break down a whole chicken to make this recipe and make chicken broth with the chicken back that is leftover. You can also buy precut chicken pieces – drumsticks and skin-on thighs will deliver the best flavor. If you use boneless skinless chicken breasts or boneless skinless chicken thighs, just be aware that they will cook faster.

Cooking Oil: Brown the chicken in olive oil or vegetable oil of your choice. I always use olive oil but any vegetable oil will work fine. Some traditional recipes call for pork lard.

Hungarian Paprika: Sweet Hungarian paprika is traditionally used to make this Hungarian classic meal. The use of the word “sweet” here does not mean that the paprika is sugary sweet, but instead is used to differentiate it from its counterpart of hot Hungarian paprika which is made with spicy peppers. If you like a bit of heat then feel free to add a pinch or two of the hot paprika as well. Hungarians take pride in their paprika and use the best quality sweet and hot peppers to produce it. The color and flavor is unsurpassed and it is the main spice used in Hungarian food. I usually purchase this Hungarian paprika by the pound because we use it in a lot of our day-to-day cooking.

Chicken Stock: Use homemade or your favorite store bought chicken stock or chicken broth for the base of the paprika sauce. The stock lifts up all the browned bits in the pan to build an incredibly tasty base for the sauce. Substitutions: You can use vegetable stock or even water in a pinch.

Tomato Paste: My mom always used tomato paste but other recipes call for diced tomatoes. You can use either. Tomato paste is easy and we always have it stocked in our pantry. Tomato paste will help thicken the sauce and adds a depth of rich tomato flavor and red color.

Sour Cream: Full fat sour cream creates a velvety rich sauce and is most similar to smetana (or smotana) which is an Eastern European version of sour cream. Its adds a tangy flavor that rounds out the sauce and makes it irresistible, I swear. Let the sour cream sit out at room temp while you prepare the dish and be sure to temper it with a bit of the sauce before adding to the pan at the end so that it doesn’t curdle. Substitutions: Crème fraîche can be used with similar results. While I highly recommend using full fat sour cream here, you can get by with using Greek yogurt, labneh or quark. Some recipes also include heavy cream or whipping cream, which will produce a sweeter sauce without any tangy flavor.

See the full ingredient list and amounts in the recipe card below.

How to Make Easy Chicken Paprikash

Take the sour cream out of the fridge to come to room temperature.

Season some all-purpose flour with paprika, salt and pepper in a mixing bowl or baking dish.

Season chicken with salt then dredge them in the seasoned flour. Once the skillet is hot add cooking oil tot he pan. Shake off the excess flour from the chicken pieces and place them skin side down into the hot oil. They should sizzle as they touch the oil.

Pan sear the chicken pieces on two sides in batches. Remove them from the pan with kitchen tongs and transfer them, to a plate. They will still be raw in the center at this point.

While the chicken browns, thinly slice the onion and mince the garlic cloves.

Step 2: Make the Base of the Sauce

Add the tomato paste, chicken stock, paprika, salt and black pepper and bring the sauce to a boil. Scrape the bottom of the pan with a wooden spoon to lift up the brown bits.

Add the the partially cooked chicken pieces back into the sauce in a single layer so that they are nearly covered by sauce. Add more chicken stock if necessary.

Step 3: Braise the Chicken in the Sauce

Reduce to a simmer over low heat, cover the pan so that the lid is cracked, and let the chicken braise until it is cooked through and the sauce has thickened for about 15 minutes. If you use boneless chicken or smaller chicken pieces remember to shorten the cooking time.

Step 4: Stir in Sour Cream to Finish the Dish

Once the chicken is cooked through taste the sauce for seasoning and adjust to your preference.

Serve the chicken paprikash right away over nokedli, egg noddles or rice.

What to Serve with Chicken Paprikash

Authentic paprikás csirke is served over Hungarian dumplings called nokedli which are fluffly egg noodle dumplings similar to German spaetzle. Store bought egg noodles are a great substitute when you don’t have time to make nokedli from scratch. As I mentioned at the start of the post, rice is also a great alternative and is what I most often serve with chicken paprikash. The rich sour cream sauce is so delicious with rice.

Serve this paprika chicken dish with a simple green salad or blanched green beans for a satisfying meal.

Store leftover chicken paprikash in an airtight container in the refrigerator and use within three days. Reheat to serve and add a splash of water to loosen the sauce if necessary.

How to thicken chicken paprikash?

Does chicken paprikash have tomatoes?

Yes, most authentic traditional chicken paprikash recipes have tomatoes either as tomato paste or chopped tomatoes.

Can chicken paprikash be frozen?

Chicken paprikash made with Hungarian sweet paprika is not inherently spicy but it can be spicy if you add Hungarian hot paprika or any type of hot pepper or chili powder.

This recipe contains gluten because the chicken is dredged in all-purpose flour. Simply use a gluten free all purpose flour alternative like rice flour to make a gluten-free version.

Please leave a star rating of the recipe and let me know what you think in a comment below. This small act is a great way to show your support for the food blogs you read and love. 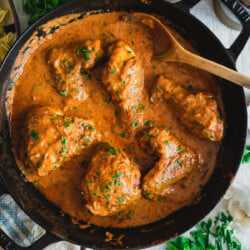 Author: Kaity Farrell
Authentic chicken paprikash is irresistibly delicious. This traditional Hungarian dish is made with browned chicken that is braised in a velvety rich and creamy paprika sauce and served with Hungarian dumplings called nokedli, but wide egg noddles can be used as an easy swap. The secret to making a flavorful sauce is to use authentic Hungarian sweet paprika which has the best flavor.
print recipe pin recipe
Prep Time: 15 minutes
Cook Time: 15 minutes
Total Time: 30 minutes
Servings: 4

a private chef and content creator based on the island of Nantucket....read more here. 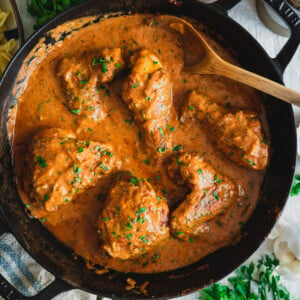 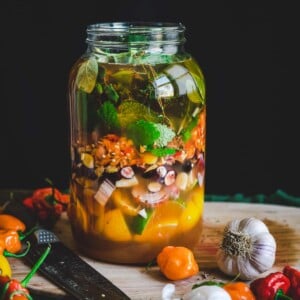 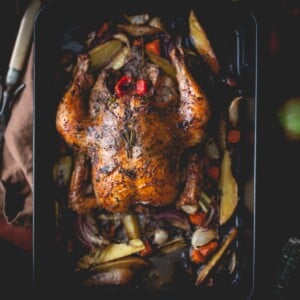 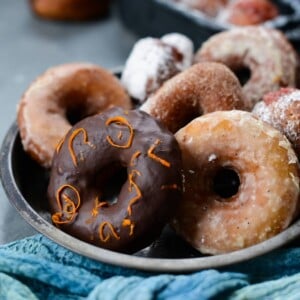 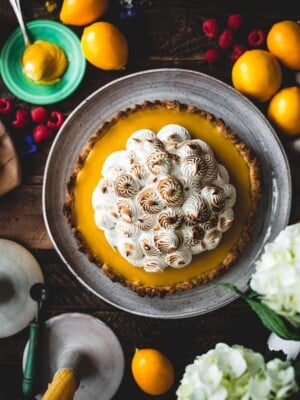 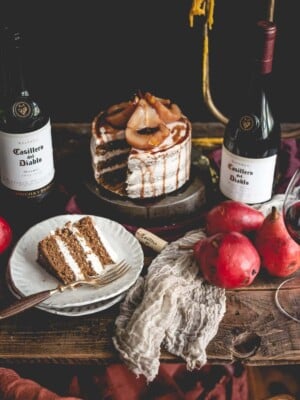 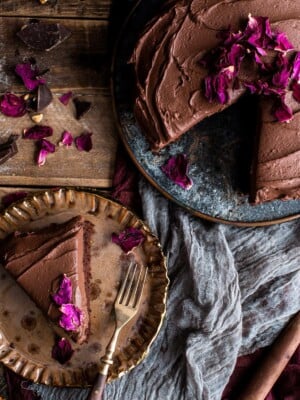 get the latest recipes in your inbox

Get the latest recipes in your inbox